I am writing after 42 days I see, and there is a reason for it. I fell in love. And there was hardly anything else I could think of. Well I have been meaning to write about this new love of mine, given that I write about whatever seemingly important thing comes my way. But the reason it took me 34 days after being lovestruck to write about it is not because I didn’t find the time, but because I didn’t find the words. Not that I do have the best words now, but whatever words I have need an opening. Too much blabbering on social media might lead to people getting annoyed with me, and I don’t blame them because they don’t feel the same way. Hence the blog.

I had the utmost privilege of watching Coldplay live in concert at Stade de France, Paris, on the 18th of July this year. I wouldn’t say I was a huge fan before. I didn’t even know the names of all their albums or even all the band members (how embarrassing !), and could manage to hum only around five songs in the shower (singing Para..Para..Paradise seemed to accentuate the showering experience by a great deal). But I spent ninety euros for the concert and went anyway. Because the few songs I knew were among the best songs I had ever heard. And somehow this band with four quirky and happy-faced men gave me a feeling of belonging and cheerfulness. 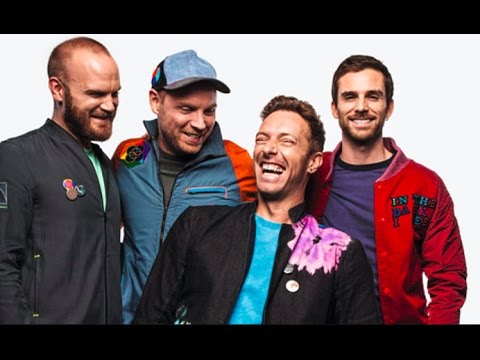 If I had a bad day or simply sat doing nothing, I would watch random videos of their concerts on YouTube, and instantly get my spirits uplifted. I didn’t know how, but it just happened. Those colours, confetti, fireworks, leaps on the stage, their declaration of love to the whole of mankind, and eighty thousand people having their hearts beating to the same tune at the same very moment with dancing lights on their wrists – I figured I had never seen anything like that before. And yes, I wanted to see that with my own eyes. I wished to be among that crowd of thousands of Coldplayers with my heart dancing in unison with them.

I am not here to introduce the band to those who don’t know them. I would love to, but if you are interested, you would just type them in Google and find out everything in no time. If you are a blessed human being, you will fall in love with them too. But if you don’t, they will still be there for you when you need a break from your regular funky music. I told someone that there’s a Coldplay song for every emotion, and he said that it is so amazingly true, but no one ever said it to him before. And surprisingly enough, I have been able to fathom emotions that I never knew existed in the first place.

I am not in a position to compare them with other alternative rock bands. I cannot claim to have listened to many. As is the case with every band, they are not everyone’s favorite. But those who really appreciate these guys know what a treasure they are, with their genuineness, humility and simplicity, their twenty-years long friendship, humour, acknowledgment of each other’s capabilities, their love for music in general and of all genres, and above all, their message to the world about togetherness and acceptance.

Coldplay has fans from five-year olds to eighty-year olds, from every single continent on Earth, and then there are fans who preferred the band in their earlier days compared to now, and vice versa. Some are not too pleased with the so-called “commercial” music they are coming up with nowadays (their recent album A Head Full of Dreams), and favour their melancholic version of the early 2000s. As far as I am concerned, I listened to their older and more obscure songs only after attending the concert. And I was surprised to see what a plethora of remarkable songs have gone unnoticed outside the realm of the Coldplay community.

That being said, I would like to list my favorite ten among them that I came across only recently due to my grown interest. You might know them by heart already if you are a Coldplayer. If not, you can start listening to the band with these too instead of the more well-known ones. Doesn’t matter. All of them are great.

This list can never do justice to the treasure-house of extraordinary music they offer, and all you need is to just delve deeper and rummage through your YouTube or Spotify to lose yourself in their world. At least that’s what I have been doing since the past one month. And am I satisfied? Not yet. There are many songs I haven’t listened to yet, and I do know that I ought to listen to them. But I am just savouring my dish slowly, moving on to the next one only after the present one has completely seeped into me and pervaded my soul.

Try it. This love is worth your time.

35 thoughts on “Talking about my new love, Coldplay”